There are many things to take away from David Fincher’s 2010 film “The Social Network.” Jesse Eisenberg’s uninterrupted opening monologue; Andrew Garfield’s amazing outburst on flip-flops; Brenda Song absolutely thriving. Another takeaway, though, is that Facebook is a large and wild machine, born of small (and pretty wild) origins.

Facebook has evolved dramatically since its inception, reaching a point of being so woven into our culture that it has sparked conversations around democracy, privacy, and data collection. Through it all, though, Facebook still hasn’t seen a decline in viewership. Most recent stats indicate a worldwide usership of 2.7 billion.

Originally, like most social media platforms, posts were laid out chronologically. Instagram, Twitter, and Facebook have all adapted to more intentional designs (with relative newcomers like TikTok following suit). It’s a word that often comes loaded with implications and confusion: the algorithm.

Facebook’s algorithm is designed to put content in front of the people for whom it makes the most sense. This sounds pretty vague, but if Facebook has done a good job of anything since its creation, it’s figuring out how to utilize user interests to their advantage. Facebook is able to gather some mind-blowing insights with data — what kind of ads we like; if we are more drawn to text, video, or photos; who our closer friends are; places we want to travel; bands we like and don’t like; clothing companies that we can’t resist. 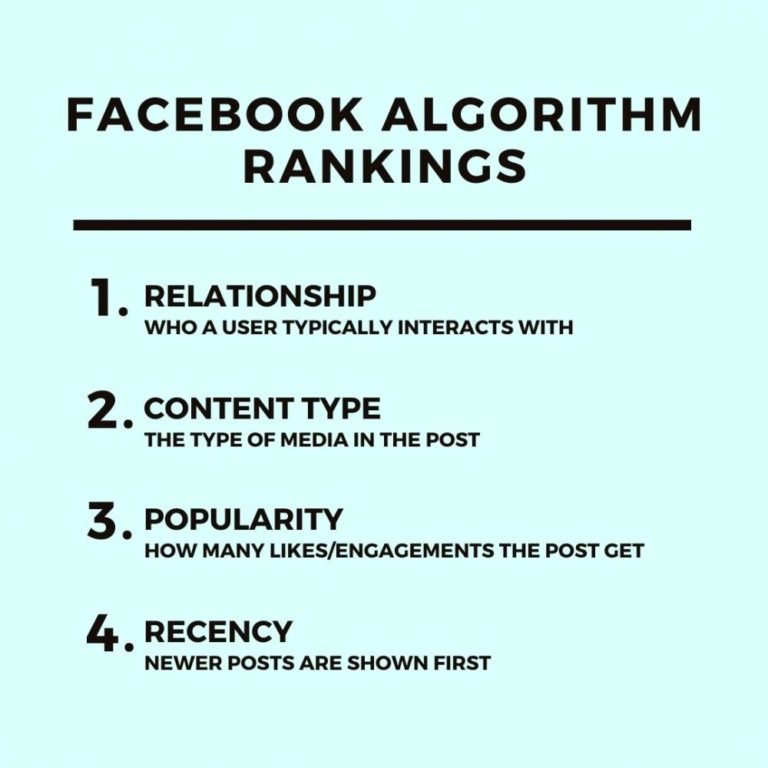